From a published poet in the 70s to a newspaper columnist in the 80s and 90s, Jim Gibbons emerged in the 21st Century with enough flashbacks of the good old days for a book or two.  His most recent essays can be read in the Anderson Valley Advertiser out of Boonville, California (theava.com). Thanks to the HWG, he hopes to have his first book in 47 years out real soon.

Jim Gibbons’ writing career started his junior year in high school when he made the wrestling team, but noticed his school newspaper didn’t cover the team’s recent victories.  He complained to the editor, who countered, “Do you wanna do it?”  Gibbons did it, and became sports editor the following year.

Gibbons majored in English at the University of Wisconsin-Milwaukee, but after disliking a Structural Linguistics class, decided to take a creative writing class, and soon became a well-known Milwaukee poet, printing a small local poetry magazine called Pretty Mama, and giving readings with other Milwaukee Poets at the Avant Garde coffee house.

Gibbons’ first book of poems, Prime the Pump, was the first book printed by Morgan Press in 1970.  Ed Burton’s Morgan Press, operated from his Milwaukee basement on an old letterpress, went on to print many more creative poetry books, chapbooks, posters, and postcards.

However, before he was published with his poetry heroes, he had turned his back on the poetry scene by dropping out and moving to the woods of Mendocino County in Northern California, where he built funky cabins, and helped raise chickens, goats, and his two boys.

In the late seventies, Gibbons went back to school to get his teaching credential, and got into running.  He returned to journalism and wrote a weekly running column for the Willits News called FootNotes, and briefly became the Willits News sports editor.  He also taught English and journalism in the local school district, and coached the runners at the high school.
​
Jim's new book, his second in 47 years, A Jog Down Memory Lane, has just been published as a Kindle and you can see or get it ​here. It is a collection of running articles he wrote for his weekly FootNotes column in the Willits News and the Anderson Valley Advertiser (both in Northern California).  Jim got caught up in the running boom, traveling to races all over the country, from San Francisco to Eugene to Spokane to Chicago to New York to Boston to Florida and back to California.  Between 1978 and 2016, he ran 528 races and has more medals and columns than he can count, or wants to bother. 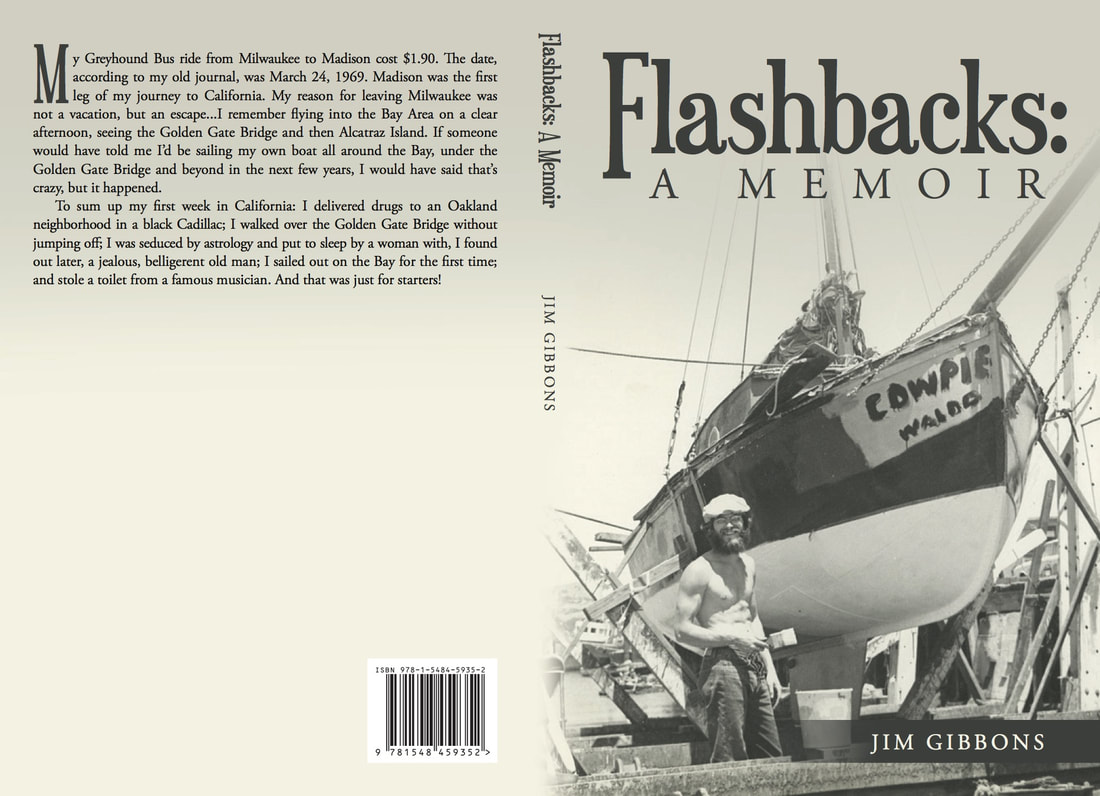 This book is dedicated to the memory of my Dad, Robert “Bob” Gibbons, who used to say, “Jim, when are you going to finish something."
​​

“Great piece, Jim. Really good! Your account of arriving in San Francisco in the teeth of flowerchild-ism is the best I’ve ever read.  That baby’s going right on the front page next week.”  - Bruce Anderson, Editor of the Anderson Valley Advertiser (theava.com)

“Wow, I really enjoyed your stories!  Really well written.  You clearly make your point, with lots of witty humor in between!  Thanks for sharing some of your life’s angst.” -  Shirley Ching, Retired teacher and yoga buddy
​
“That was a great story, Uncle Jim.  Funny thing is I was born April 1st, exactly one week after you left Milwaukee back in’69.  That was pretty gutsy of you to make your way out there with no plan, low funds, and no place to stay when you got there.  A real adventure for sure.  You must have been motivated for a change. -  Jeff Firzlaff, my sister Kathy’s son, an engineer at Ford Motor Co. 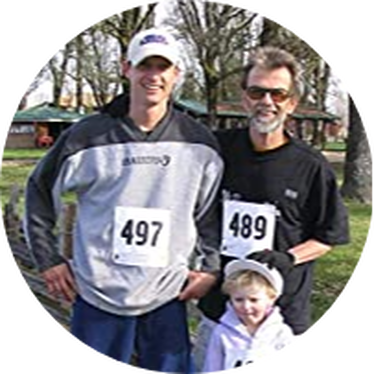 What others have said about Jim’s new book
​
I’m not a runner, but I sure enjoyed your book. There’s a lot here to keep a non-runner engaged and interested.  You have a style that appeals.  It almost made me want to start running myself.  Fortunately, this mad impulse passed, and at my age it’s too late. Whew.  I’ll just read the book again.  -  Lois Rohlicek, a long time Willits friend


I looked up your book on Amazon.  You’ve hit the big stage!  I really like the title, and commend you on writing about your adventures through the years so others can jog down Memory Lane with you. -  Rodger Schwartz,  Willits Classic Race Director


I met runnin’ Jim Gibbons at a long-ago footrace.  He ran, I shuffled and lurched, casting an amazed and envious eye on him as he breezed effortlessly past on his way to the finish line, while the rest of the pack was still outbound to the turnaround.  Always fit, always disciplined, I’m not surprised that Jim has made writing look as easy and as graceful as he made running.  His fine stories will beguile the active and the sedentary alike. -  Bruce Anderson, Editor and Publisher of Anderson Valley Advertiser 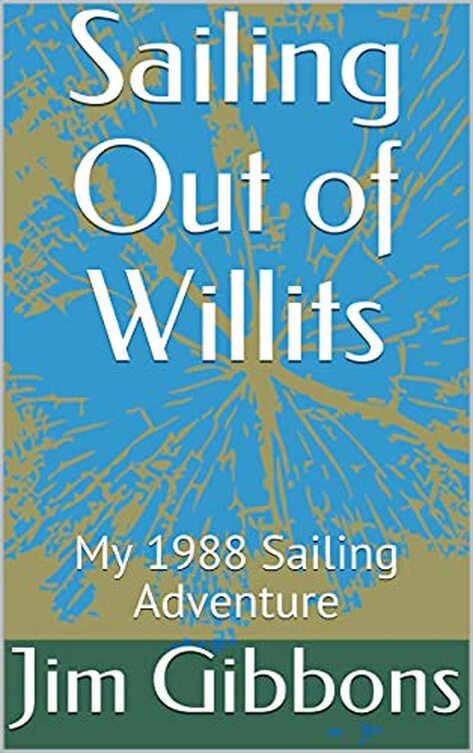