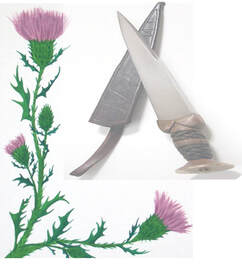 From the early years, a strong militia had been formed in each of the thirteen colonies for protection on the wilderness border in the west. After the French and Indian War, Colonel George Washington became the commander of Virginia’s militia. Sixteen-year-old Solomon Kimsey was the first to announce he wanted to join the fighting force. His father, Benjamin, was hard as iron against it.

“No!” was his firm answer, and for three days he turned his back on his son, avoiding the certain struggle. Finally, the torment was beyond bearing, and he knew he needed to speak.

“We are Baptists preaching peace, and as such it is our duty to stay away from the disturbances that surround us,” he said passionately. Benjamin could see that same passion staring back at him. On the forge, with the hammer of his son’s insistence, he began to melt remembering his own strong desire for the fight in his Scottish homeland—that desire to serve the cause and protect their very way of life. It was taken away, and no amount of unrest between men here in this new land would rob the Kimseys of the new life they had set for themselves.

Knowing full well it would not help, he said, “I know how you feel.”

“What do you know of battle, Father?” Solomon’s accusation stung him. “You profess religious peace, but you allowed yourself to be beaten and thrown in gaol? Why did you not defend yourself?” Tears welled up in his eyes. “I was ashamed of you.” He ran from the house.

Benjamin was dismayed that his son had kept his emotions hidden for so long but did not want to have a confrontation. All the old wounds opened. All the old fighting words and songs, and the pipes spurring on the clans to defeat the German George II and his soldiers came back to haunt him. Now there was a third on the throne. He could see what was happening to their Virginia and the other colonies. He read the stories and saw the fight coming. Torn apart by quarreling around the heat of his stove, the possibility of war had been a daily occurrence in his mercantile and it scared him. The daily necessity to pray for peace became more intense, and he spoke openly about it in his weekly sermons.

In the yard, his boy had stopped at the bottom of an old walnut tree that he and his twin brother Hiram climbed as children. Where had the time gone? Benjamin thought, Solomon was trying to be the man his father wanted, but the boy could not understand if he did not know the facts.  How can I tell him? His stomach churned. He had never told any of his sons the history.

Benjamin limped to his son’s side. Solomon continued arguing, determined to win over his father. “That is what the militia means—to defend ourselves against the savages who have ravaged our citizens in the western lands. To kill them and …”

“Yes, that is part of it,” Benjamin interrupted grappling with his proposed words and tightly gripping the cane’s head to support his weakened ankle. He continued, “Our colony’s bill of rights states that we need a well-regulated militia, and it is our right to bear arms and defend ourselves by repelling invasions, and to enforce the laws of our Virginia.”

Solomon was surprised at his father’s knowledge and sudden rising heat.

“Yes, I keep up with the news, and it appears that a war will be at our doorstep soon. My son, do you know how I got my injury?”

“Mother told us you broke your ankle on the ship.”

“That is what we wanted you to know.”

Innocent as he was, the boy-now-man looked at his Father with the same saucer-like eyes Benjamin remembered when the wee bairn, sitting on his knee, hung on his Father’s every word.

“Grape shot hit my ankle in the Battle of Culloden Moor in 1746 … in Scotland!”

Solomon was stunned. “You fought in a war?” he asked not quite believing what he heard.

“It was a battle that ended the Scots way of life forever and our Clan MacKenzie name.” He hung his head as scenes of the smoke-filled day and starry night with his awaking on the deadly field nearly a quarter of a century earlier arose in his mind; each was shared with the young man before him.

“You cannot know the anger I felt after the horrible devastation that was heaped on our homeland. Scotland was just another of England’s conquests, and brutal tyranny continued punishing us for many years afterward. Your grandfather Robert and Uncle John, just a wee child, were murdered while they were innocently ploughing the fields. Your grandmother Mary died on that prisoner ship. Your mother and I, your brother Ian, and your uncles Jamie, Alex and Charles—we were all sold as slaves in Baltimore.” Benjamin’s chest heaved with emotion.

A few crickets chirruped, filling the awkward silence between father and son. Yellow light from the opening front door of their home spread across the grass and revealed tears on Benjamin’s face. Aggie’s dark silhouette appeared in the frame.

Solomon saw his father cry for the first time in his short life and felt the color of aroused anger drain from his own face. “I’m sorry, father. I did not know.” And we were MacKenzies! he pondered.
​
With weighty mettle, Benjamin said, “We arose from the ashes of our homeland, and we will arise from whatever will come. You may go if it’s your heart’s desire,” and he limped back to the warmth of the house to his dearly beloved wife. A humble pie awaited on the hearth, and Benjamin’s battlefield dirk sat beside Solomon’s plate, the hide-covered grip emblazoned with the MacKenzie clan badge. 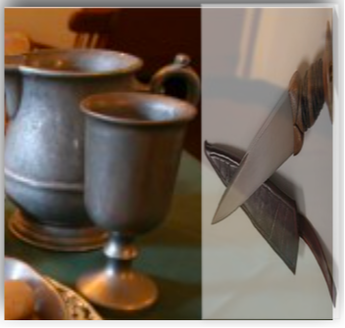 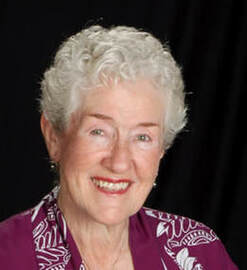 CECILIA JOHANSEN.      After the death of her husband Charles Kanewa in Los Angeles in 2003, Cecilia met his cousin a year later at a Hawaiʻi Marines Reunion in Las Vegas. She fell in love with the handsome virile cowboy and after four months, she took a leap of faith and moved to Hawaiʻi to marry Bernard Johansen and live in the lush up-country of Waimea on Hawaiʻi Island. They were only married for five years before his untimely death. Stories from the lives of the two cousins growing up in Kapaʻahu, Puna District, and extensive research have led to her first novel, The Canoe Maker's Son. As of February, 2020, Cece’s second novel, Kimsey Rise a Family of Farmers is complete and in the editing stage.
Return to Latitudes