​I began writing a blog in 2008 when I bought an acre of lava in Ocean View, at the south end of the Big Island of Hawaii. It began as a way to keep track of my gardening efforts and the wildlife around the property. It evolved to be a mixture of stories, recipes, my travels, and philosophical thoughts. You can find my blog and other interesting info at https://lavalily.com.
​
I was ordained in The United Methodist Church in 1983 and served several churches throughout Arizona before serving as campus minister for University of Arizona in Tucson. My ministry brought me to Pahala and Na`alehu in 1996, and at the same time I began as adjunct faculty with Hawai`i Community College. Eventually I was hired full-time and finally retired on September 1, 2021.
​Both of these books are available as an e-book and paperback at Amazon, Barnes & Noble, and other places around the Internet. I am busy finishing Washboard Tales, the sequel to Shadowy Tales.

When I took Sabbatical in 2019, I interviewed over 100 women ages 60-105 who were actively engaged in life. My current project is to incorporate the stories of these incredible women into my own memoir.
​
This is how you will usually find me – sitting at my computer, surrounded by books, a
mug of coffee nearby, and my cat Katrina keeping me company. 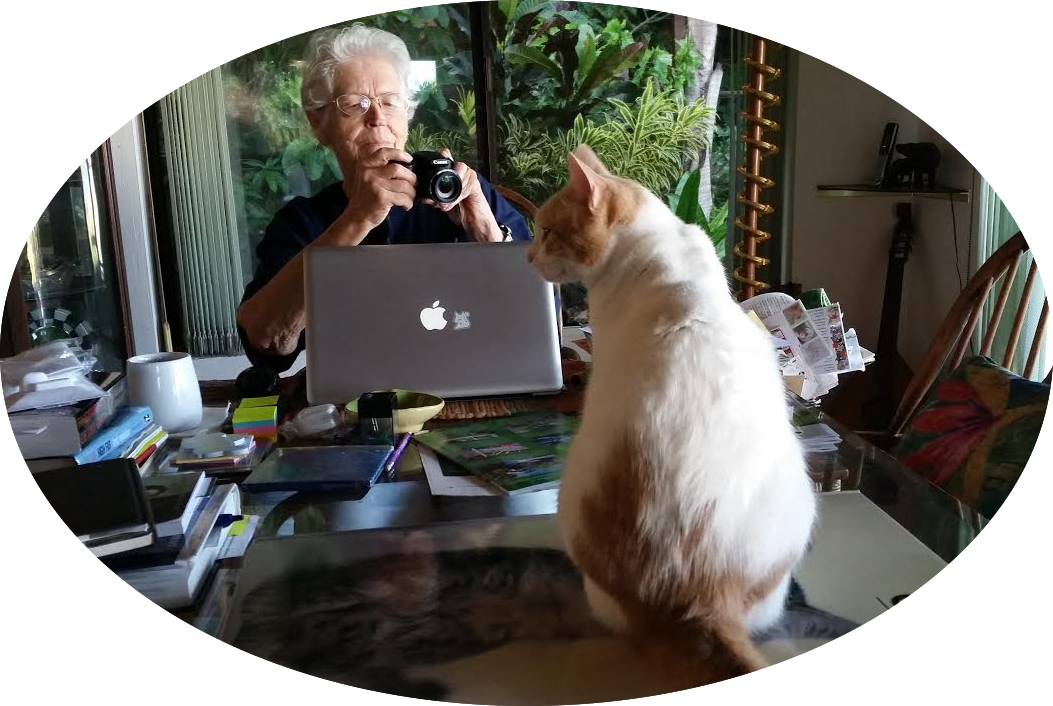 ​Over the years, I have traveled throughout the Middle East, Japan, Italy, Greece. I have lived on Guam, in Kodiak, Alaska, all over the United States, and now Hawai`i. I have four adult children who traveled with me as children; I have nine grandchildren, and eleven great-grands. I may have kept teaching until 87 so I could avoid babysitting! 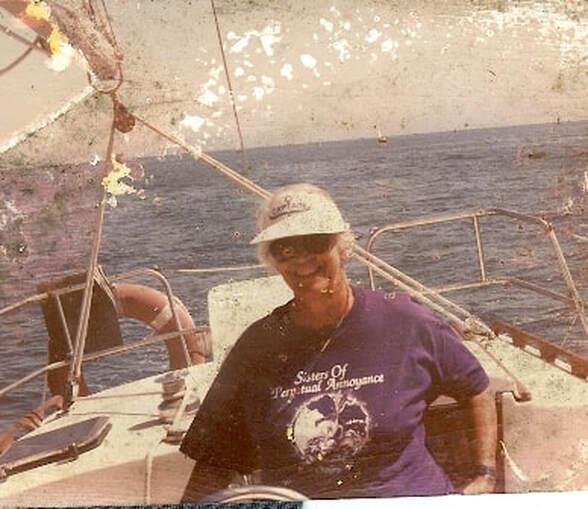 ​For five years, I lived on my 37’ O’Day sloop-rigged sailboat with my youngest son who was fifteen at the time. We named her “Lothlorien” because like the Frodo and his friends who were protected by the Elf King and Queen in the Lothlorien, we feltprotected from everything outside the hull of our home. 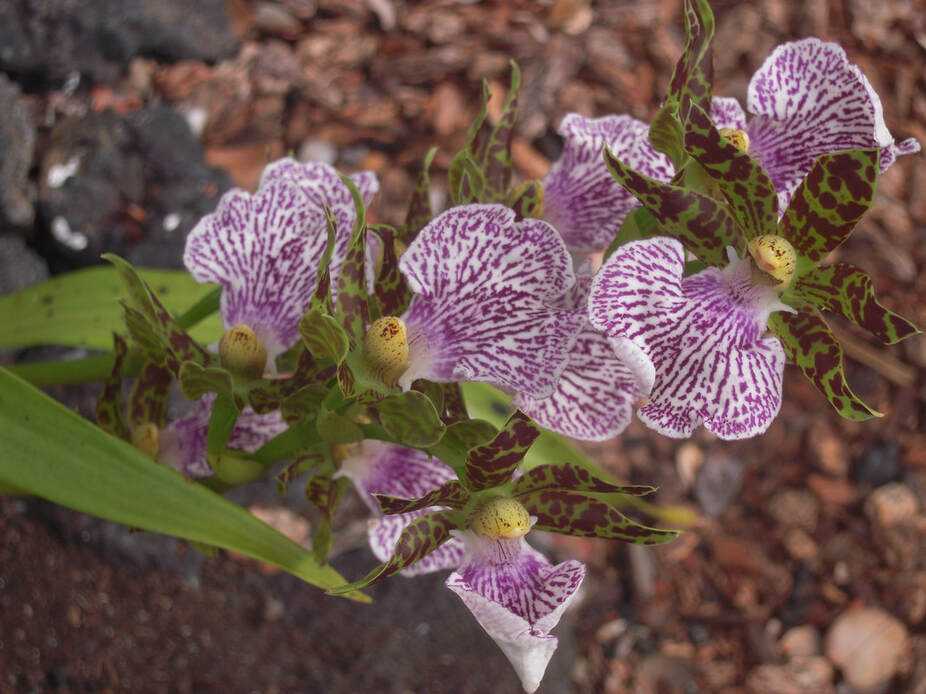 ​When I’m not writing, you’ll find me putzing around with my orchids.

And at the end of the day, I’ll watch the sunset. 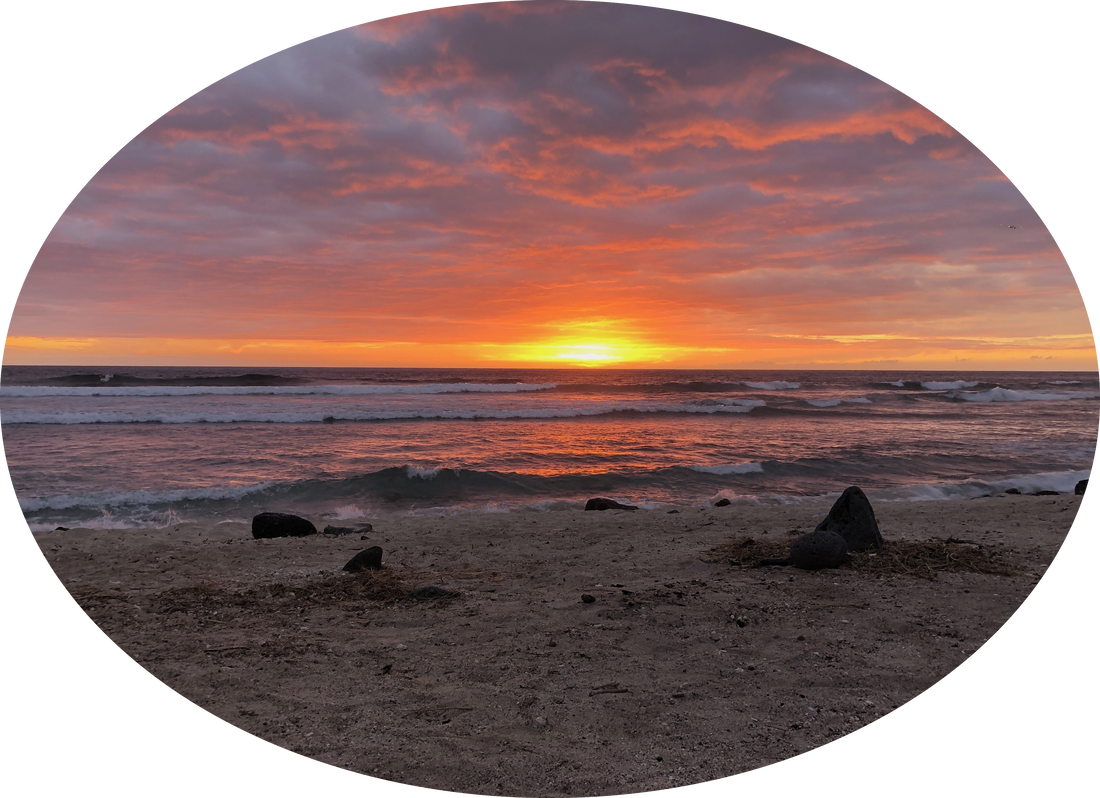