We were members of John Holland’s Writers Support Group at Tutu’s House in Waimea on Hawaii Island, meeting every Tuesday to critique each other’s work.

John was all-inclusive of everyone and every genre—as long as we followed the guidelines for reading our works in progress. He was our mentor in how to carry ourselves forward. He wore his “wit and sparkle” about him, as it later said in his obituary, and he was committed to a life of service. His style attracted many ethnicities from around the Big Island to join his writing support group. Many of them would go on to become part of our little Guild.

In March 2016, our group, calling itself the Writers of Waimea, gave its first public reading at the Kahilu Theater, Mike Luce Studio.

After one of our sessions in late 2016, some of us chatted over a delicious lunch at Huli Sue’s about starting some sort of organization outside of the Writers Support Group. Ray Pace spoke up and suggested “How ‘bout a guild?”

“Why a guild?” someone retorted, stumped by the word.

“Well, it’s an organization of persons with related interests and goals. After all, we are craftsmen of our chosen art of writing. We could form a guild for protection and advancement of our members.” We decided that day to call ourselves Hawaii Writers Guild (HWG).

The first dues paid were in January 2017 by officers Ray Pace (President), Cecilia Johansen (Vice President), Julia Pace (Secretary), Duncan Dempster (Treasurer) and Eila Algood (North Hawaii/Kohala Director). Others followed the core group, and that was our opening salvo to the future of Hawaii Writers Guild.

When John Holland became ill, we gifted him a membership. Unfortunately, he died on September 28 of that same year.

[Cecilia Johansen, now a co-editor of Member News, preserved the program from the first ever reading given by the group. It is reproduced below. See how many names you recognize.] 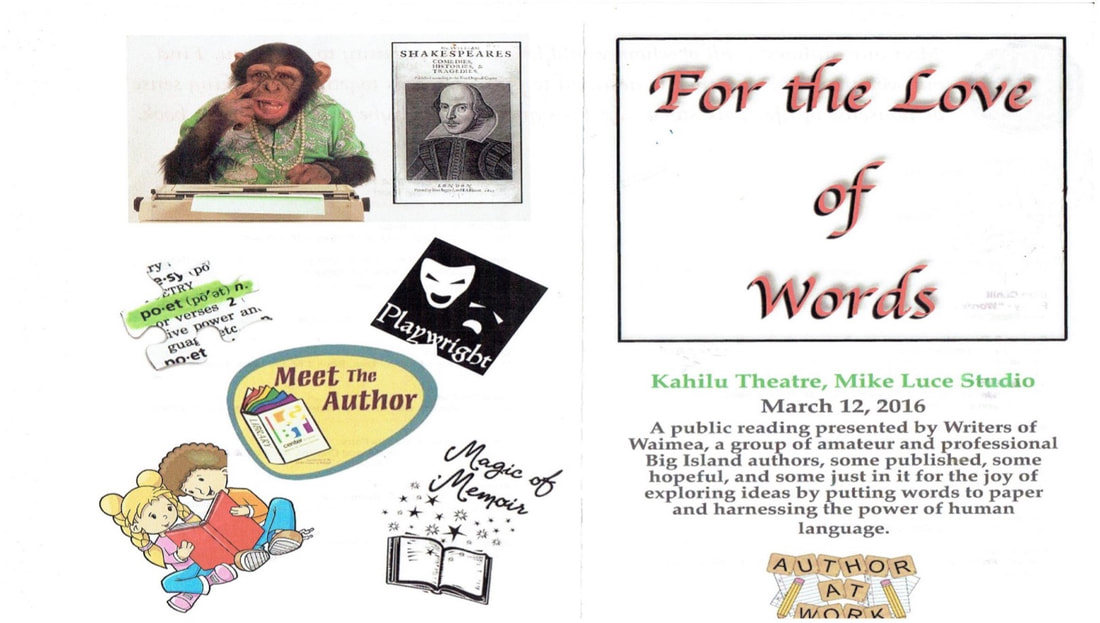 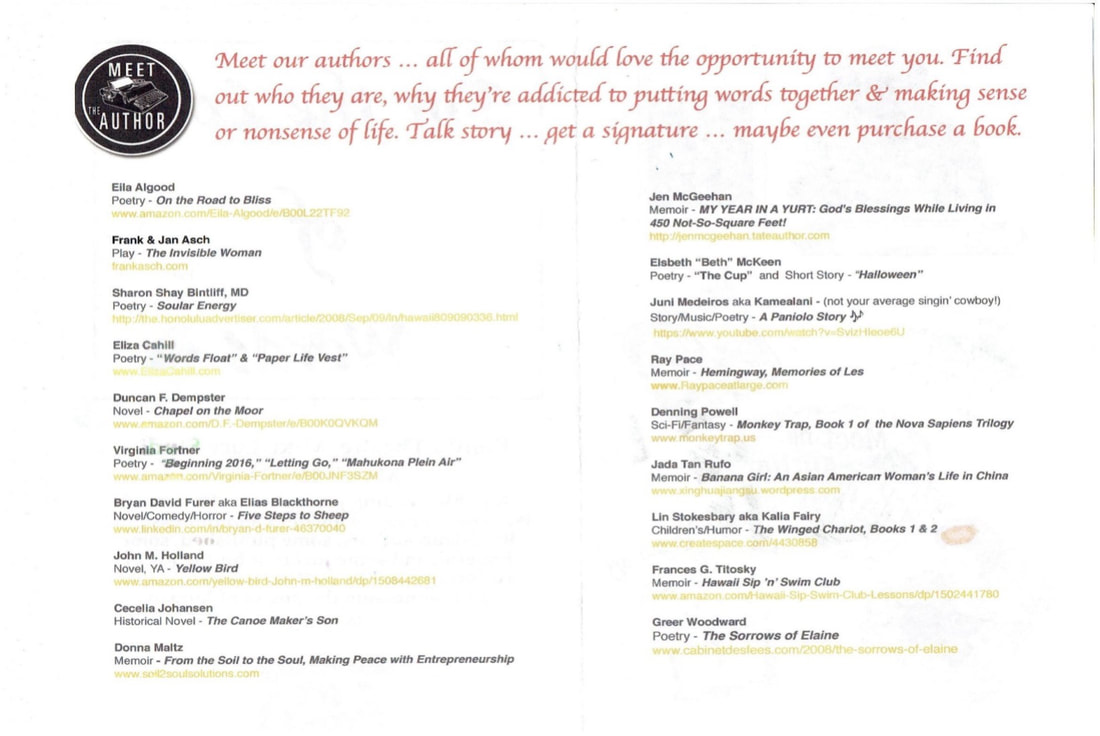