Who is Meliha Avdic??

What is a writer from Bosnia doing in Hawaii Writers Guild? – this is a reasonable question. As you can see on the map, it is a long way away. Plus, there is a 12 hour time difference, which supports the fact that Hawaii – Bosnia is quite a distance. And there are many similarities and differences between the two, as you will see illustrated as you read on. Well, it’s the distance that motivates me because it would add a great deal to a story that I am working on, a story that already takes place in Hawaii, and I think the island has added something to it, something I haven’t yet articulated.

My story, Windows and Mirrors, started off as a bit of fun, an escape. I watched a couple of episodes of Hawaii Five-0 and I thought the characters were great, except they needed a private life, especially the main character, Steve McGarrett. I wrote the first version of Windows and Mirrors, pen-and-paper style, but then, and much to my surprise, I wanted to share it. I don’t usually want to share these stories that just come to me. As I typed the story on a fanfiction site, I had a couple of readers who engaged with me. That was great, particularly in the part where I was going to bring back Steve’s old relationship and one of the readers told me not to do that. So I didn’t. I took the character out and let the story play out as I had intended – I knew what was coming and I thought it would be nice to spare Steve the heartache, but, it’s alright. He’s fine. I think we made it work.

The character I gave to Steve is a woman named Malina. Steve and Malina had a little fling in Bosnia during the war. She became pregnant, and he thought she was killed in a massacre. The story starts with Steve seeing her in Hawaii nineteen years later. Sofia wants to meet her father, Steve, so Malina came to introduce them. Malina is a victim of war. She fights for justice for her family, but also for peace in the world. Long story short, Malina gives lectures at the University. These types of projects exist, but I have written Malina’s lectures so they are unique. For me, these lectures are an important part of the story, but they’re designed to be interactive. I.e. Malina has a message, but instead of just delivering it as a lecture, she asks the students a lot of questions and gets them to tell her. Of course, this is where any views that might be held by the people of Hawaii would be brought up. I have been doing some research, trouble is, articles usually show the ‘loud’ voice. Sometimes the voice that needs to be heard is the ‘quiet’ one. So, obviously, working with someone from Hawaii, someone who listens to others (even if it is just family and friends), who knows about the little things that don’t show up anywhere would be very beneficial to the story.

On the other hand, there is a description of the place. Whether I’m writing some crime scene, or a social event or even a romantic event, the place is important. I’ve never been to Hawaii so in my attempt to get a feel for the place, I have made some comparisons. I am posting the images that I have made because I think they will show the conundrum I’m facing. It’s a two-way street, so if you’ve never been to Bosnia, but you know Hawaii really well, then what you learn from these images about Bosnia will give you a sense of what I have learned about Hawaii, the sense I got about Hawaii. Is that enough? I don’t think it is, so I would love to partner up with someone who will help me out with these descriptions. Especially to correct me when I get it wrong. For example, Bosnia is often seen as the ‘rebel of Europe’ – there is historic backing to this idea, but I won’t get into it now. Of course, if you are interested, please feel free to say so and I will add it. But, we often joke that we don’t want to go to Europe that Europe should come to us. I have a feeling that Hawaii is kind of like that – Hawaii shouldn’t go to America, America should come to Hawaii. Is this way off base? Or… Bosnians are leaving Bosnia in large numbers – economic and political situation force people to irrational decisions. But, no one ever leaves this little country, not really. We still have family values and connections and our willingness to help; diaspora is the biggest investor in Bosnia. I have a feeling that Hawaii is a little bit like this?

One other issue I have to mention regarding Windows and Mirrors is the characters. Because they are from Hawaii five-0 TV show, CBS owns these characters. I have tried to get in touch with CBS regarding this issue, but I have not received a reply. I will keep trying, however, I have a feeling that I might have to recreate all the characters I’ve used from the show. This is not too much of an issue, though it would be easier to just keep Steve, Danny, Kono, Lou, Chin and others.

If anyone would be interested in partnering up with me on this project, please feel free to get in touch. Despite the distance and the time difference, we can work on it with the help of the internet whether it’s zoom, or skype, or viber, or whatapp or whatever.

And, of course, regarding the finished product, please feel completely free to make suggestions. I am flexible. So far I’ve loved this project. I would love to keep it in Hawaii but that depends on finding a partner in Hawaii. Otherwise, I will have to move the story to a location that I know. If you’d like to see the first version of the story, the one where it is painfully obvious that I do not know Hawaii at all, it is still available on https://www.fanfiction.net/s/13673893/1/Windows-and-Mirrors​ 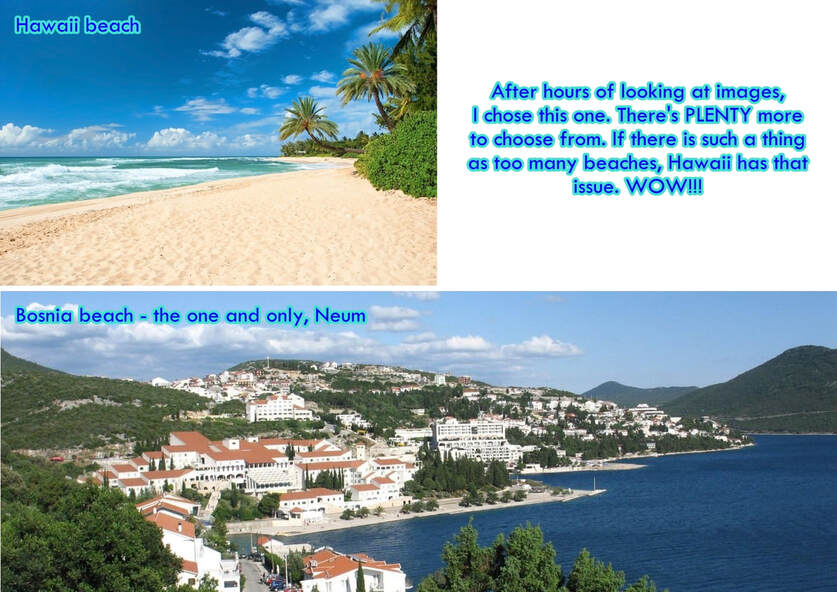 I was born in Bosnia. When the war started in 1992 I moved to the UK with my mum and younger brother. That’s where I’ve spent most of my life. As a true member of this ‘Global Village’ I have two countries; one I call my motherland and the other my fatherland – they had that kind of role in my life.

I graduated Economics and did MSc in Voluntary Action Management. I have nothing against capitalism, but I do believe it tips the scales to one side. As a result, people are creating not-for-profit organisations, to (in a way) balance it out. These organisations, whatever they might be called (I think we might have to invent a new word for them), are my passion. I love them to bits. From small, grassroots organisations that make a huge difference with nothing at all, to multimillion large organisations that struggle with internal issues but have the potential to change the world in ll the right ways.

I’m a big believer in democracy, but I think democracy is at its best when education is at its best. Therefore, I love taking part in improving education, sharing information, helping each other notice things that are so easy to forget. While I appreciate that there are psychopaths in the world, I think people are good, they want to be good, and sometimes it is just about sharing to make the good come out. My books always have this element in them. I wrote a number of books for young children and even they have a little of ‘be yourself’, ‘failing is part of life’, ‘it’s alright to get it wrong’, ‘it’s alright to wish for more, but always be grateful for what you have’ and so on.

As a writer, I have tried self-publishing. I don’t think it’s the right fit for me. So, I am now trying to find a way into traditional publishing. This means I’m sending e-mails to agents and publishers, and writing new stuff while I wait for a response, preferably a positive response. I’ve had a number of professional articles published, but they are all political and quite boring.

​I love writing. It’s been a part of my life since I can remember. However, being a ‘writer’, an author is new. My friends and family have played a huge role in me making that decisions and I am very grateful. Now that I am taking writing more seriously, I find it even more enjoyable.