Change is in the Air
(and it’s not just the seasons that are changing!)

Changes in the weather are telling us Fall is here, and this column is here to tell you that change is happening in the writing-related lives of our members, too. Let’s begin. 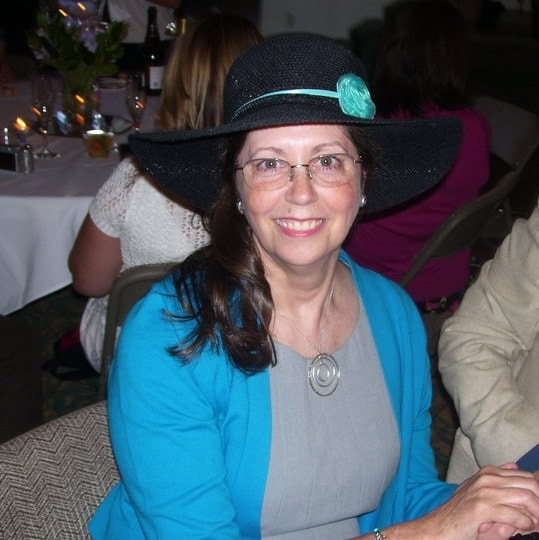 ​In our Spring issue of Member News, we said mahalo to Hawaii Writers Guild’s departing secretary, Diane Revell. Diane promised then to attend each of the monthly board meetings to keep on top of what was happening in the Guild, so she could “help where I can.” Wait’ll you hear what she’s already done! Wow!

FIRST OF ALL, when an issue was raised in a special planning meeting at the end of March regarding a perceived need to create new member orientation materials, Diane volunteered. By the end of May, she had surveyed members, asked board members what kinds of questions they received from new members, and had distributed an outline for a New Member Guide to the board for review.

By July 4, after input from board members, Diane had completed a nine-page New Member Guide chock full of information to orient new members to the Guild. If you haven’t seen it yet, here’s a link to it.

THEN, on September 1, Diane took on the job of facilitating the Kohala Writers Group when its founder, Eila Algood, withdrew in order to pursue another project. This writers’ support group meets every other week on Zoom from 2-4 p.m. October meetings will be on the 13th and the 27th and November meetings on the 10th and 24th. The group is open to aspiring and experienced writers whether or not they are members of the Guild. If you are interested in finding out more about this group, email Diane for information at diane.b.revell@gmail.com. Please include “Kohala Writers” in the subject line.
… 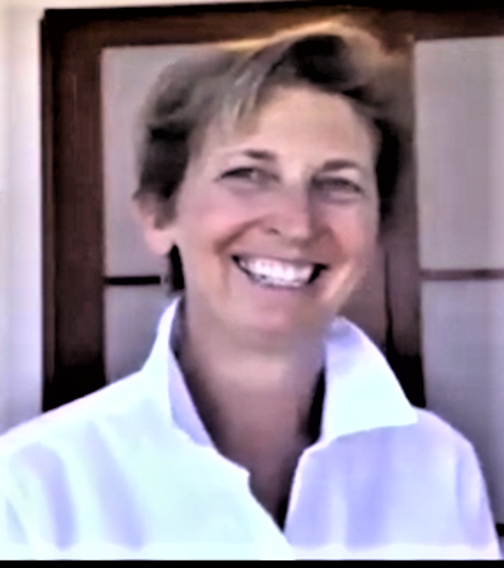 And speaking of Eila Algood, not long after she stepped away from leadership of the Kohala Writers Group, this founding member of Hawaii Writers Guild sent out an email saying: “As I embark on some new journeys (opening a retail store in Hawi), I feel it’s time to step away from being North Kohala / North Hawaii board member.”

Despite Eila’s new retail endeavor, she is not giving up writing. Recently, Diann Wilson interviewed Eila on Episode 18 of Write On! about self-publishing two new books. We had a story about one of them, Smitten & Bitten, in the Spring issue of Member News. The other book Eila has self-published recently is a compilation of eight years of her poetry titled Estuary. If you are thinking of self-publishing your work and haven’t watched this inspiring video, you can find it on Hawaii Writers Guild’s YouTube channel at this link.
… 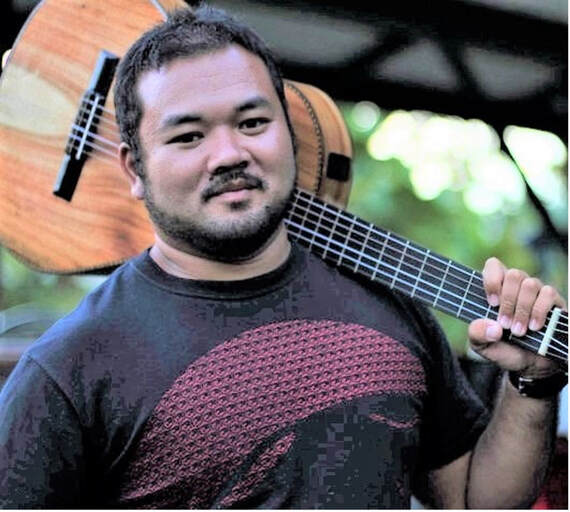 Kahili has now reported his collaboration on a writing project. He says: “I thought you might want to hear it from the source. I've been working on a trilogy of Hawaiian-lore-themed books for middle schoolers. It's been a unique learning experience and wonderful opportunity. Howard is a genuine person and great co-author. Look for us in Hawaii school libraries in the coming future.”
​
“Howard” is Dr. Howard Wright, who approached Hawaii Writers Guild for assistance with a writing project. Guild President Carol McMillan introduced him to Kahili, and the two of them started working together. Wright later wrote to McMillan to thank her, saying: “I am writing to tell you what a delight it is working with Johnson. He is a tremendous writer and a pleasure to work with. We are now a little over halfway through the rewrite of Puhala and the Temple of Refuge and it reads great.”
… 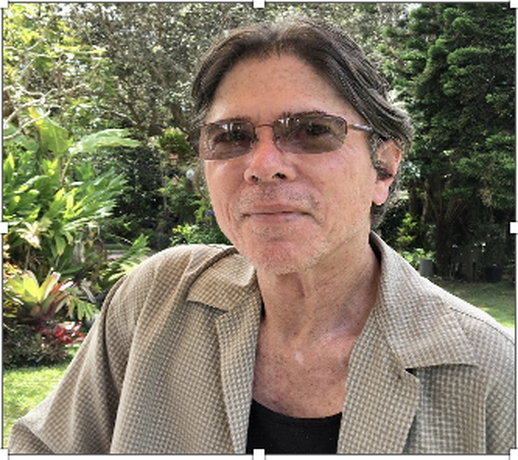 When Kahili stepped down as Events Director, Bryan Furer volunteered to take on those duties. If you read our past issues of Member News, you know that Furer is a very busy man. He was already a member of the Guild board by virtue of his position as director representing the Volcano area. As leader of the Volcano Writers Group, he has been instrumental in shepherding that group through publication of its first book together and getting them launched on a second book-publishing project. [See the story about their second book in our main feature story in this issue.] He also has some other new projects underway.

In short, Furer could use some help carrying out the duties of Events Director. Because of the COVID-19 pandemic, one of the Guild’s previous events, in-person public readings, has been suspended for more than two years and replaced by digital readings, such as Hawaiian Writers Showcase, produced for a time by Kahili and made available to the public over the Guild’s YouTube channel. As the dangers of COVID wane, other island organizations are beginning, cautiously, to present programs before live audiences again and some Guild authors have taken part in those public readings (see the story in our main feature in this issue). However, the Guild itself has not yet returned to sponsoring in-person readings.

Another duty remaining unfilled as the result of Kahili’s departure is updating information on the Guild’s two Facebook pages, one for the public at large and one for members. A person who really likes to work with social media is urgently needed to take over those duties.

Anyone interested in assisting with these needs or in helping Bryan Furer develop new events programs may become part of the Events Committee. If these opportunities appeal to you, please contact Furer to let him know of your interest. You can reach him at his email address.

[Or, with respect to the Facebook pages, you can contact Joy Fisher, who has had responsibility for them in the past. Her email address is here.] 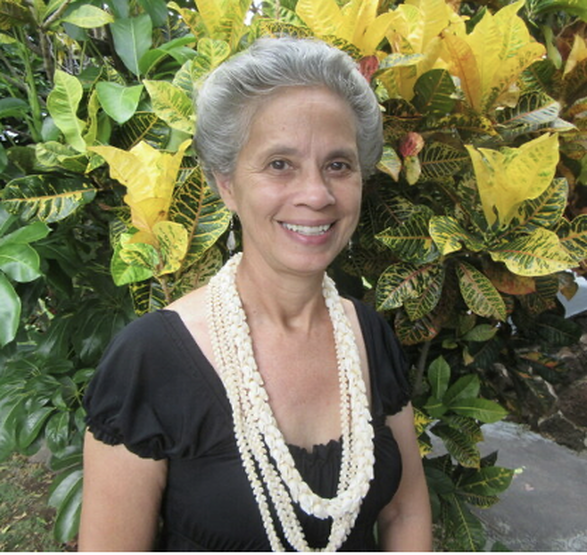 Some of you who joined Hawaii Writers Guild after 2019 may not know Mahealani Perez Wendt. Wendt, who lives on Maui, was a member of the Guild in 2018 and 2019. A well-regarded poet throughout the State of Hawaii, Wendt participated in a Guild reading in Waimea in 2018 and sent some of her poetry to be read at another Guild reading in North Kohala in 2019.

When her son stopped working for the Parker Ranch on the Big Island, Wendt stopped visiting and eventually dropped out of the Guild—but not out of writing! We heard from her this summer when she wrote to let the Guild know she had been nominated for the position of Hawaii State Poet Laureate.

We were thrilled for Mahealani and don’t know anyone more qualified for this prestigious position than she is. Over the past 37 years, Mahealani has participated in numerous public readings and been invited as guest instructor into many high school and college classrooms. For many years, she was a regular participant at the annual Hawai`i Department of Education "Poetry in the Schools", including numerous events at Wai`anae High School, and an instructional video was produced by DOE.

When her book Uluhaimālama was launched in 2008, she did several readings, including one on the island of Kaua`i at the invitation of the Hanalei Writers Retreat group. Since retiring and moving to Maui in 2009, she has been guest instructor at Hana High and Kamehameha Schools. In 2013 she was invited to be graduation commencement speaker by her Hana High School poetry students. Immediately prior to the pandemic, she gave in-person public readings at Thelma Parker Library in Waimea on Hawai`i island at the invitation of the Hawai`i Writers Guild; on the island of Maui at Barnes & Noble book store and Makawao Library at the invitation of Maui Writers group; and several readings on the island of O`ahu organized by the English and Ethnic Studies departments as well as Bamboo Ridge.

She also shared her poem "Voyage" on the PBS Hawaii series Get Caught Reading. She has participated in online zoom readings over the past two years, including one in conjunction with the annual Hawai`i Book & Music Festival. She is known to spontaneously share poetry with family, friends, community members and work colleagues.

Although the final selection won’t be announced until November or December of 2022, Mahealani notified us just before we went to press that she had learned she has not been chosen. Mahealani says she believes it was an honor just to be considered, and that’s true, but we still believe Mahealani nō ka ‘oi!